“Be prepared to be less attached to what you wrote yesterday”

Vladimir Unkovski-Korica, an Assistant Professor in History, is completing his monograph The Economic Struggle for Power in Tito’s Yugoslavia: From World War II to Non-Alignment. It is in the process of being published by I.B. Tauris. The HSE Look talked to Unkovski-Korica about his topic and the highs and lows of the writing process. 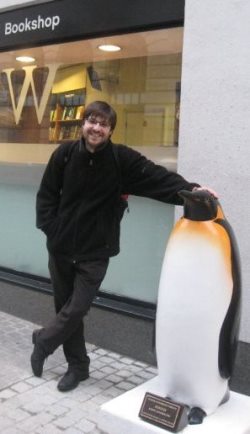 – For me, Yugoslavia, the country I am researching, is unique. It was the only communist country in Eastern Europe that broke away from the Soviet Bloc. Secondly, it was a multinational country, while most other socialist countries had one predominant ethnic group. What I looked at was how Yugoslavia tried to adapt its economic model, which was a one-party-state and no-private-property model, to working and functioning on the world market. The more integrated the Balkan countries became, the more they had to rely on the stronger part of the federation to keep their balance of trade positive. And the more they did this the more problems there were in the multinational state – the western part wanted to look at the West, and the more underdeveloped parts began to look either to the Soviet Union or to the third world. So, Yugoslavia became a little version of the cold war in itself and when the big Cold War ended, Yugoslavia ended. Compared to other communist countries that were more or less part of the bloc, Yugoslavia is a sui generis phenomenon.

– Can you talk about certain stages you went through while working on this book?

– There aren’t very clear stages, I have to admit. It seems to go a little bit in cycles. You make a breakthrough and are carried away with the idea, then you make a discovery and experience the joy of discovery, and then you have to stop and think whether this fits in the overall scheme or not. It can become very frustrating if you discover that it changes everything that came before it. This happened to me towards the end of my book.

– So what are the most striking conclusions you came to?

– I started off thinking that Tito was a market reformer and he was sympathetic to decentralization and non-alignment in the Cold War, but in the course of my research I realized that he was closer to the conservatives at the beginning of the 1960s. Actually, I found evidence showing that after his visit to Khrushchev in 1962, Tito was much more in favor of closer relations with the Soviet Union than some of the key reformers. Tito even made a speech where he made it clear that he wanted people to be removed from the main decision-making positions in the economy if they were not willing to make the right decisions and this looked like a threat. So, I found some evidence that there was a Central Committee meeting that disappeared from the archives. I had to look for the records, which I found in one of the former republics, but the transcript itself was missing.  One fact was clear – Tito was very angry with the main decision-maker in economic policy. The fact that the transcript disappeared said a great deal to me because in the end the politician who was meant to be removed became the main decision-maker in Yugoslavia. So, this discovery was exciting but I had to change my conclusions as some of the things I’d been arguing in my book were clearly wrong and I had to admit this.

– Did you have to expand your knowledge of economics to write the monograph?

– Yes. It was initially very hard to understand the way of thinking of Yugoslavia’s economic founders. It was even more difficult because no textbooks today can prepare you for the debates in a communist country in the 1940 – 1950s. So, I had to read a lot and understand what they were dealing with. There was also the issue of understanding the ‘language’ of their debate: where they were getting information from and how they were interpreting it. Much of the time it was hard to grasp that these politicians were having a debate, because on paper it looks like they are just agreeing with each other.

– Any tips for those that like you are working on a big project?

– In the beginning I was told to start writing as soon as possible. Instead I tried to read as much as I could and as a result the writing got more and more delayed. In the end it was like swimming at sea – the more I knew, the more complicated the writing became. So, my suggestion would be: try to write once a day for two or three hours and then as you go on with your project you will find a way to fix things or build things into it. This is easier than struggling with a blank piece of paper. Also you have to be prepared to be less attached to what you wrote yesterday than what you think today.

Vladimir Unkovski-Korica was born in Yugoslavia and grew up in Zimbabwe where he went to school.  He received his PhD in international history in 2011 from the London School of Economics and Political Science (LSE) where he later read courses as a teaching fellow while simultaneously working on articles, book chapters and a monograph entitled The Economic Struggle for Power in Tito’s Yugoslavia: From World War II to Non-Alignment. Unkovski-Korica joins the HSE Faculty of History as an assistant professor. After work he enjoys film, spending time with his family and watching team sports.

The full text of the issue can be found in The HSE LooK 3 (20), March 2015. If you are not on our regular mailing list yet, please subscribe and get fresh issues of our bulletin every month!
March 26, 2015
Topics
Research&Expertise
Keywords
international faculty publications research projects history of the Balkans The HSE LooK Yugoslavia
About
International Faculty Support, School of History
About persons 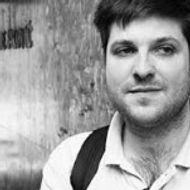