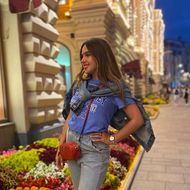 The HSE Look continues a series of interviews with international postdocs about their research. For the latest issue we’ve talked with Iain Ferguson, Research Fellow at the International Laboratory on World Order Studies and the New Regionalism, Faculty of World Economy and International Affairs, about his work and exploration of Moscow and other cities.

What are your research interests?

I’ve been at HSE for 3 years now, but it’s my first year as a postdoc in Moscow. I work in International Relations. More specifically, I focus on Russia’s relations with the West from the end of the Cold War to the recent past. In theory terms, I am interested in how to interpret these relations, which trajectories the relationship between Russia and Western actors, particularly the European Union, follows. But I like to keep a broad outlook.

I am working on a few papers at the moment. One is a discourse analysis of what Russian intellectuals and policy-makers have to say about Russia as a civilization. I’m working with a colleague from HSE on this paper. He is helping me to collect and interpret the statements from official sources, interviews in newspapers and other media, and key texts by leading Russian intellectuals.  The next thing I’m planning to do is a two-part analysis of the changing Russian visions for regional security order. I am particularly interested in tracing out how these visions of security have evolved from the end of the Cold War and how and why Russia has switched from a Western-focus to an Eastern-focus in its search for regional order since the beginning of the 2014 crisis between Russia and Ukraine.

How does your stay at HSE help to develop your research?

It’s a great honor to be a part of my laboratory and faculty at HSE. My department is unquestionably – at least to me – the best in Russia in my field of International Relations. Many of my colleagues are actively engaged in providing policy analysis and policy advice regarding Russia’s foreign policy. I am learning a lot from having informal access to them as a research fellow.

My lab holds a regular research seminar, and it’s a great place to present your work and get insightful feedback. I presented there in December, when one of the top professors in international relations in the world, Prof T.V. Paul of McGill University was in attendance. He gave me some really good advice on how I could turn my paper into a top Q1 article. He even said he thought there could be a book in it!

What are your plans for this year as a postdoc?

And I have also managed to get some funding from Sweden for organising a conference on 15-16 of May, here in Moscow. That event on ‘Civilizations and international order’ is being co-sponsored by Centre for Baltic and East European Studies at Sodertorn University, in Stockholm, and my International Laboratory. I am very excited about this. The confirmation of dates and funding just came through this week.

What would you suggest for the newcomers?

It’s quite challenging to be a newly-arrived international researcher under any circumstances, and in Moscow it is exacerbated if you do not know Russian (very well). I’m quite impressed by the variety of activities and support aimed at helping new international faculty to become a part of the university life, even though I rarely attend them myself now.

Personally, I find it very important to make a good effort in learning Russian, and I would strongly encourage all newcomers to give it a go. Even though we teach and do research in English, without knowing the language it’s hard to make a real connection with the place and the people. I, for one, do not want to be just passing through.

I’ve experienced a bit of a closed culture in Russia, in the sense that people have quite well-established social networks, and it’s hard to get into them, so you have to take initiative. However, once you establish a friendship, it’s meaningful and not superficial, while the opposite can sometimes be the case in the West.

What other cities in Russia have you visited?

I’ve been to Kazan, and I can highly recommend it to any international or Russian colleague. I also visited Murmansk. It was a bit of a crazy winter expedition to Russian Arctic, but I’m glad to say I survived -40 degrees. Speaking of warmer destinations, I’ve been to Kislovodsk, Vladikavkaz and Minaralnie Vody in the South, and Kaliningrad in the West. What struck me as a surprise in my travels is that Russia has so little difference in pronunciation from place to place - coming from UK, where the variation in accents can be extreme, this commonality across such a huge country is striking.