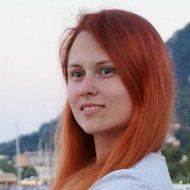 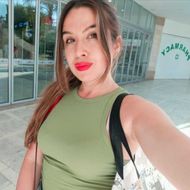 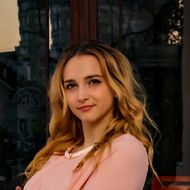 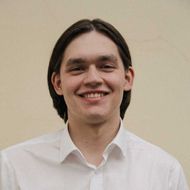 Asking Questions Together with Students

International faculty at HSE are involved not only in research and teaching, but some also combine it with active participation in the city’s public discussion spaces. The HSE Look took an interview with Jan Surman, Research Fellow at Poletayev Institute for Theoretical and Historical Studies in the Humanities (IGITI), about his research and Cultures of Critique project.

What kind of research do you do?

I am a historian of science, my first education was in sociology, and then I turned to sociology of developing countries, branched off into sociology of science, and then further into history. I did a project on universities and am close to finalizing a research project on the history of scientific languages, i.e. languages and terminology used in scientific communication, in Central Europe, a comparative study of Czech, Polish and Ukrainian.

Over the course of the project I have become increasingly interested in the inner interactions among scientists, as well as their connections with other intellectuals and artists (e.g. in cinema, theatre, etc.). For example, during my time here in Russia I did some research into Dvorets Tekhniki, which is one of the large Utopian projects of the 1930s and was meant to become the world’s largest center for promoting the latest advancements and innovations in technical science and their application – of course in the Marxist-Leninist version. For my research project, this is about connection of science and architecture.

Right now I am working on the question of how to look at the science in 1920s and 1930s in the context of the broader discourses in the Soviet Union and the political chistki(repressions). It is also very important to look at different strategies of how scholars coped with it: clearly it was a brutal time, but also complex, as scholars often used politics for their own aims, so we clearly have no simple situation “good scholars – bad politicians” as it is often depicted. I discovered new interesting things in source materials that I studied, as well as found new ways to look at it through the prism of the literature about the topic that was written here in Russia.

You are involved in a project called “Cultures of Critique”, could you tell more about that?

“Cultures of Critique” is an interdisciplinary research project which I co-created together with Daria Petushkova (PhD student of the School of History at HSE) and Armen Aramyan (one of the editors of Journal DOXA and a student of Political Philosophy at Moscow School of Social and Economic Sciences), in partnership with IGITI and Journal DOXA (online journal created by students from HSE Faculty of Humanities and other universities; it is devoted to a critical outlook on university and academic life). We have invited the students to explore and discuss with us different theories and practices of critique in various spheres, not only reading classical philosophical texts through but also engaging with contemporary artworks, movies of popular literature.

This project brings me back to being a sociologist, and in a way it is a reaction to the situation I encountered in Moscow, both at HSE and outside HSE. Reflecting on my role as an international scholar in Moscow, both on my own and while talking to my colleagues, I understand that I am invited primarily to do research and publications in Scopus and WoS journals, but I believe that the role of international scholars cannot end there and we can contribute more, and learn even more as well.   So with Armen and Daria we wanted to do something that is relevant not only for scholars and reach beyond the academia, but without the typical scholarly habitus of “we are scholars and know better how you should do things.”   The format of our meetings is not set in stone and keeps evolving, we go into new places and meet new people from outside of our circle. The basic idea was to explore what critique/criticism/critic (importantly, in Russian it is one word) means in contemporary societies, and in Russia in particular, which different meanings and connotations it has.

We started meeting people whom we wanted to invite, and they had their own ideas on what critique is, influenced by different disciplines, but also artistic or journalistic uses. We devised a broad set of issues based on these discussions, and keep adding to it. For instance, in December we were meeting with independent journalists from moloko plus (independent almanac) and OVD-info (independent media project devoted to human right and monitoring of political prosecution), as well as held an event on academia and critique of academia, so it is a very diverse and thick programme. In January, we started with meetings already proposed and organized by students: on contemporary discussions about socrealism, urban feminism and Russian discourses of provincialisation.

From the start of the project, the idea was not to make it a vertical knowledge sharing, e.g. professor possesses all the knowledge, comes into the classroom and tell the students what they need to know. Our approach was to ask the students firsthand what is their background and what are their expectations and needs. Originally we devised this research project with the students of history and philosophy in mind, and turned out we had more participants from design, media studies, and journalism, so we had to rethink things very fast. We really wanted to create a bottom-up project, an exploration space where we could ask the questions together with students and search for answers together.   And it works better than we imagined.

How many meetings of “Cultures of Critique” have you already had?

Basically every week since mid-September.  We also had several extra meetings in addition to the preliminary plan. For one of the extras we invited colleagues from the journal moloko plus to Rodchenko School to do a performance together with a German artist Wanda Koller, who had an arts residence in Moscow at the time and who was eager to explore issues we were also interested in.

As I said, this project brought me back to being a sociologist, and I do not want to say it is a sociological study, but I would say it is an exploration, with the sociologist being thrown in the middle of the things he does not understand and wants to understand.  For me, this project is a way to explore Russia: thanks to it I work closely with colleagues from the different branches of the academia but also artists, both from and from beyond Moscow. This creates also many interesting synergies for the students and they can meet interesting people from outside HSE. Other colleagues who also come to the project events really cherish the atmosphere we create: we do not want to have frontal discussions, so we have students preparing in groups formulating the questions they can ask or how to challenge the speakers etc.

One of this project’s great byproducts is that it connects people who most likely otherwise would not have met. We can say what we want, but academia is a quite closed space, hierarchically structured on the top. And Moscow is Moscow, with not very well developed contacts between different universities and institutions. We intend to break the circle a bit and contest the hierarchies. It was conceived from the start that the project will take place not only at HSE but also will partner with other cultural spaces in the city. Among other things, we had some events at The Center for Creative Industries Fabrika (Fabrika CCI), gallery Art-Kremlin, plan to go to for one meeting to one of well-known Moscow theaters, and in June participants of the project will hold a small exhibition at Fabrika CCI to present the final results of the project and their reflections.

What other results of the project do you envision?

Some of our meetings are available on YouTube, and we also plan to publish some of the texts produced by students on Facebook and at syg.ma. Much depends on students and their initiative – for instance the meeting on socrealism will result in an article on colta.ru. Together with the exhibition we also plan to publish a small zine. As for the scholarly results, we are planning to write an article on the concept of critique, how it is used differently in Russian and English academic and professional circles, and on how students and professionals use it. We also look at what problems this concept poses for translations, for example, how because of this Foucault is understood differently in French and in Russian. It should be an experimental article in “Contributions to the History of Concepts,” a journal I have been involved in for some years already.

On this project as an experiment and learning experience

Working on this project, but also talking to colleagues in IGITI and from DOXA, student project on critique of the academia, has brought me to a different understanding of what a university is and how it works, as well as a critical look at it. In autumn, I took part in two conferences on academic freedom and freedom of science, and I realized how my reflexivity about several of the key concepts I am using changed and has become reified. A more critical and reflexive look at how university functions in different contexts certainly has a positive impact on my research. And this story goes further, as we recently learned that HSE granted the request for financing a summer school I submitted together with Armen, which will be concerned with debates on contemporary crises of academia in Russia and abroad.

Being in Moscow, I can develop a more reified and deeper insight into the Western academia as well as the Russian one – and for me as a historian of science it is a very crucial issue. And of course I learn a lot about the society surrounding me, which I consider actually more rewarding then academic advancement. 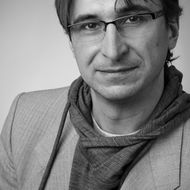