IDlab at the Conference in Zurich

Angel Barajas, Academic Superisor of the International Laboratory of Intangible-driven Economy, Professor at the University of Vigo, and research fellows of the laboratory Dennis Coates, Professor at the University of Maryland, Marina Zavertiaeva and Petr Parshakov took part in the 7th European Sport Economics Association Conference on Sport Economics that was held on August 27-28 in Zurich.
Research&Expertise conferences & seminars Reporting an event sports partnerships
September 11, 2015 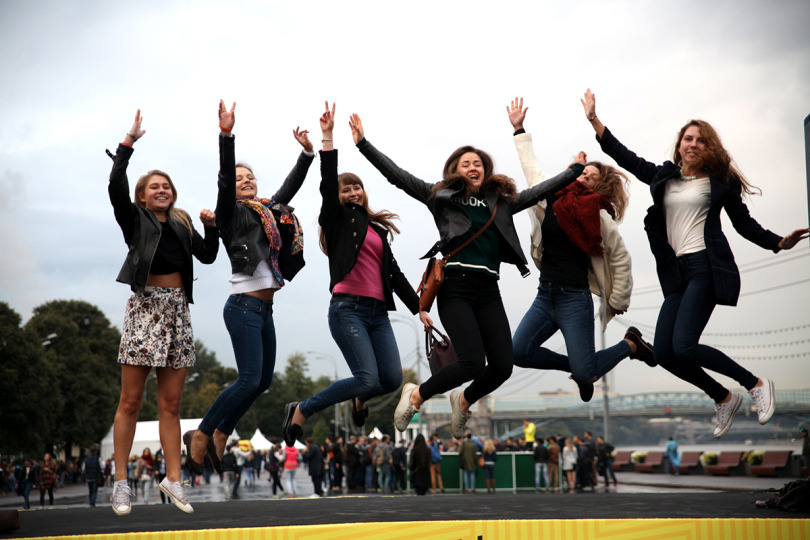 On the 9th of September the fourth HSE Day went ahead in Gorky Park. It began with an event for parents of aspiring young university applicants and ended with a student initiation for first years and a concert by the rock band Splean. To find out more about our open-day festival — take a look at the photos!
Community Reporting an event HSE Day
September 10, 2015

XVI April International Academic Conference on Economic and Social Development  is a signature academic event for Higher School of Economics, and always attracts many participants from Russia and abroad. More than 2000 participants – international and domestic scholars, PhD and graduate students, NGO and think tanks members - registered for the April Conference this year, and attended its sessions during the four days of April 7-10. The HSE Look covers the major presentations from the plenary session.
Research&Expertise HSE guests conferences & seminars Reporting an event economic crisis education policy The HSE LooK
April 23, 2015

‘We Should Reach a Compromise’

On October 27th Claude Blanchemaison, Honorary Professor of the HSE, Professor at the Paris-Dauphine University, and former French Ambassador to Russia, delivered an open lecture for the students of the Higher School of Economics.
On Campus international faculty HSE guests open lectures Reporting an event Europe
October 27, 2011

Stanford Week at the HSE

Between September 10th and 16th the Stanford Week organized by the Faculty of World Economy and International Affairs will be held at the HSE.
On Campus international faculty Reporting an event partnerships
September 09, 2009
1 2 3